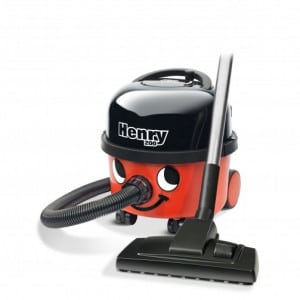 Henry the little red vacuum cleaner is made by a British company called Numatic, based in Somerset. The company is 40 years old, but Henry wasn’t launched until the 1980’s. Since that time, he’s grown in popularity and gained worldwide notoriety for being an efficient and powerful cleaner that people love. Since that time, the company has grown to employ over 700 people and produces a wide range of vacuum cleaners with about 4,500 products a day leaving the factory for shipping to customers, cleaners and home owners around the world.

These are just some of the facts you might not know about Henry and his family:

These are just some of the reasons why Henry the vacuum cleaner is so great.